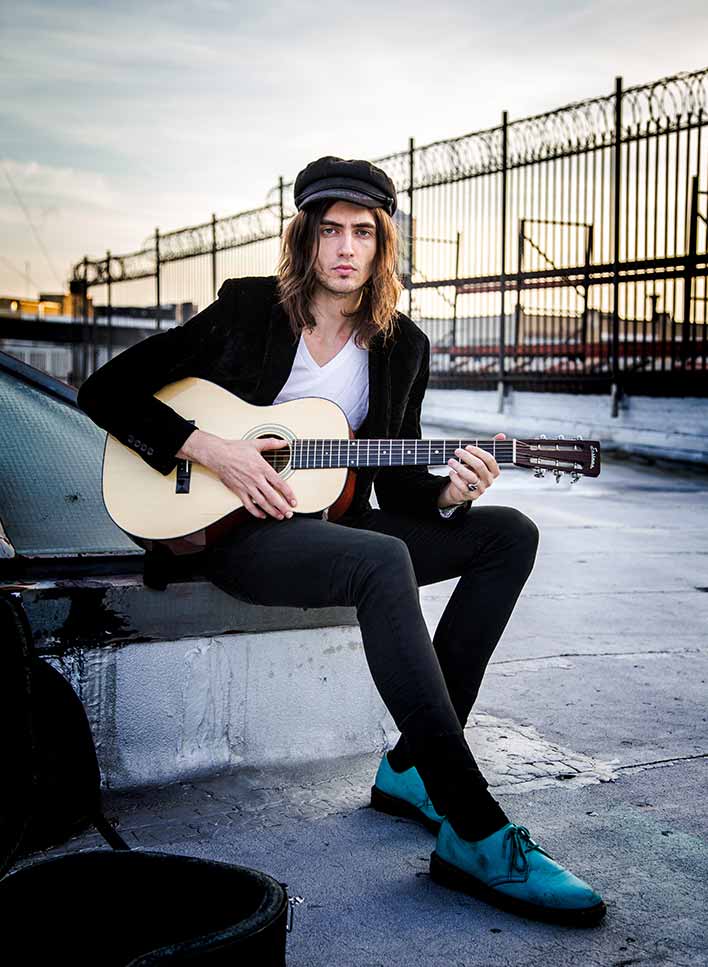 Spencer Draeger has been performing and recording music his entire life. Growing up in San Francisco, he toured the nation in various acts before he set out by himself to New York to form the "psych-tronica" trio, The Midnight Hollow. After their first album they garnered praise from various press outlets such as Vice’s Noisey, Stereogum, Indie Shuffle, Hype Machine, Paste, as well as being hailed as one of the great psychedelic staples in Brooklyn. Their single “Forward" was the inspiration for one of Todd Snyder’s shows during New York Fashion week.

In 2016, during the recording of their 2nd album with producer Jorge Elbrecht (Ariel Pink, Frankie Rose, No Joy), Spencer had an excess of 12 songs and decided to form a new project called Dräger. This was to be an avenue for fully exploring a more romantic, softer side, while also a chance to be purely independent from a band.

On top of being the songwriter for these two separate projects he’s also currently cowriting songs with Brooklyn’s Electro Soul act RevV, as well as singer, Rochee and other NY acts.

Have a question or want to know more about the PCH1-D? Please provide your information below and we’ll be in touch shortly.