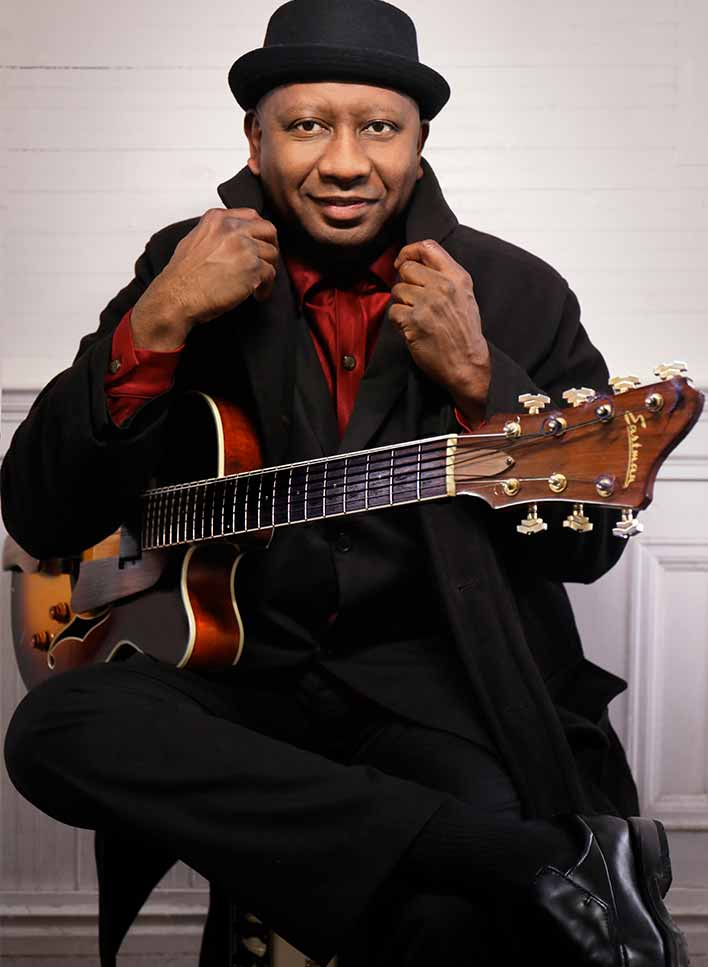 Born in the Philippines but raised in Harvard, Massachusetts, west of Boston, Jackson was initially influenced by rock guitar greats like Jimmy Page before falling under the spell of jazz and following the style and career of jazz guitar luminaries like Pat Metheny and George Benson. After attending Berklee School of Music, studying jazz composition and arranging, he spent some of his formative years in the mid-1980s living and playing guitar with the lively expat jazz community in Paris, France. Jackson moved to New York City afterwards, where he remains an active participant in Gotham’s always vibrant jazz scene.

A master of the six, seven and twelve string guitars, he has appeared on over 40 albums by such artists as Hal Singer, Graeme Norris, Ron Blake, Gisele Jackson and T.K. Blue. In 2003, Jackson founded the independent record label Roni Music, which has since released eight of his albums as a leader including the 2014 acoustic guitar record Akustik InventYours, and his 2012 trio album Burning Gums.