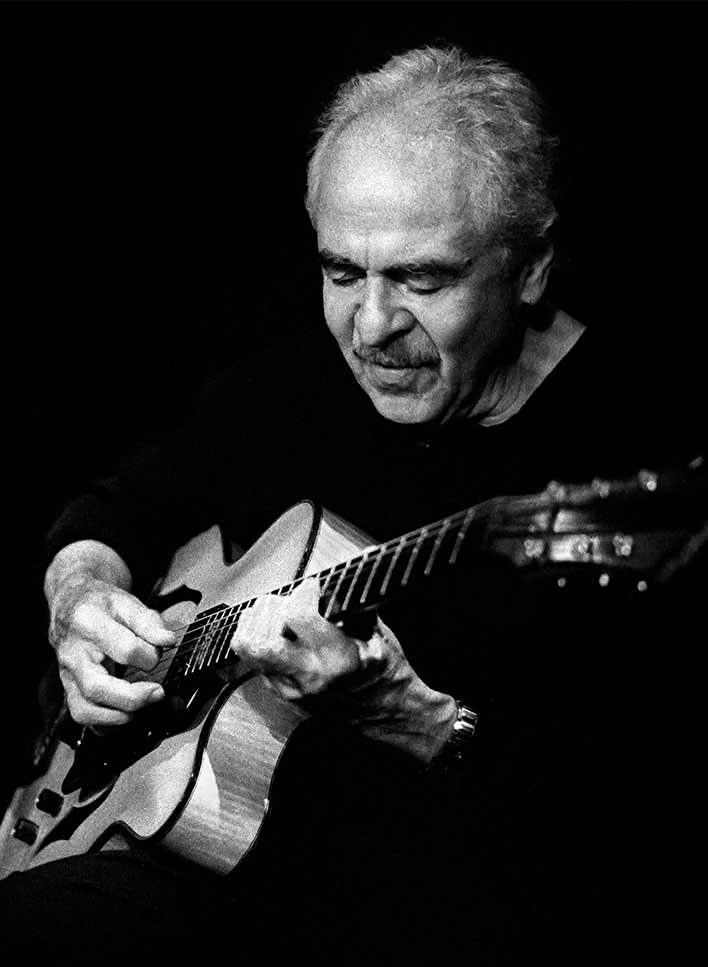 John Pisano has been formally recognized as one of the nation’s finest guitarists. He has an extremely diverse background, having emerged on the jazz scene in the mid-50′s, first recording in 1958 and 1959 with the legendary Billy Bean and a two-year stint with drummer Chico Hamilton (which at one time featured the innovative reedist Eric Dolphy). Even if his name doesn’t immediately ring a bell, odds are that you’ve heard his guitar work. Although John has occasionally stepped forward to lead his own group, for years his “comfort zone” was the background and John became an active member of the Los Angeles studio scene, adding his special touch to groups let by Buddy DeFranco, Red Norvo, Bud Shank and Benny Goodman. Additionally, John has accompanied in concert or recording some of music’s biggest names, including Peggy Lee, Tony Bennett, Burt Bacharach, Frank Sinatra, Michael Franks, Clare Fischer, Julie London, Bobby Troup, Natalie Cole, Joe Pass Barbra Streisand and Diana Krall. John is a founding member of Herb Alpert’s Tijuana Brass and obtained some solid Brazilian experience working with Sergio Mendes.

In the last several years, however, Pisano has assumed the leader’s role, releasing a series of Pablo CD’s remarkable for their beauty and musical camaraderie. “Among Friends” was the first, featuring him in duet settings with six of the instrument’s most talented players: Lee Ritenour, Phil Upchurch, Ron Affif, Dori Caymmi, the late Ted Greene, and the late Joe Pass, with whom John had worked extensively for three decades and released more than a dozen albums together (Pass died on May 23, 1994). Pass was also heard on “Duets”, which focused on empathic guitar conversations recorded at a 1991 Pisano/Pass session.

His subsequent album, the Pablo release, “Conversation Pieces”, includes wonderfully varied material from 1994 and ’95 recordings with, once again, Lee Ritenour, Phil Upchurch, Ted Greene, and Dori Caymmi, as well as Joe Diorio and Gene Bertoncini. Eric Miller, who was Pass’s producer in the guitarist’s final years, has also produced all of Pisano’s dates for the label. Most recently, John was featured on Natalie Cole’s album, entitled “Ask A Women Who Knows” and Diana Krall’s platinum recording “The Look Of Love” and the Grammy winning “Live In Paris” available both as a CD and a DVD.

John hosts (and performs at)”John Pisano’s Guitar Night” held Tuesdays at the Sherman Oaks, California club Spazio. This weekly series, which will celebrate its 6th anniversary on September 23, 2003, features a wide range of guitarists and attracts the elite of the L.A. jazz scene. Additionally, John has worked several times at the popular Zinc Bar in lower Manhattan and will be performing this October (2003) at Birdland.

John joined ‘The Great Guitarists’ series with the likes of Gene Bertoncini, Philip Catherine, Herb Ellis and Mundell Lowe on tours of Germany and Italy where they performed to sell-out crowds.

John is the current spokesman and chief endorser for Eastman Guitars and has developed the “John Pisano” Signature Model for Eastman. For nearly 40 years, John Pisano’s playing has provided a model for improvisational creativity, technical excellence, and a seamless blend of jazz and latin elements.

Today, John and his lovely vocalist wife, Jeanne perform together regularly, and are known as “The Flying Pisanos”. Both together and individually, John continues to perform throughout the nation and around the world with today’s biggest musical luminaries. 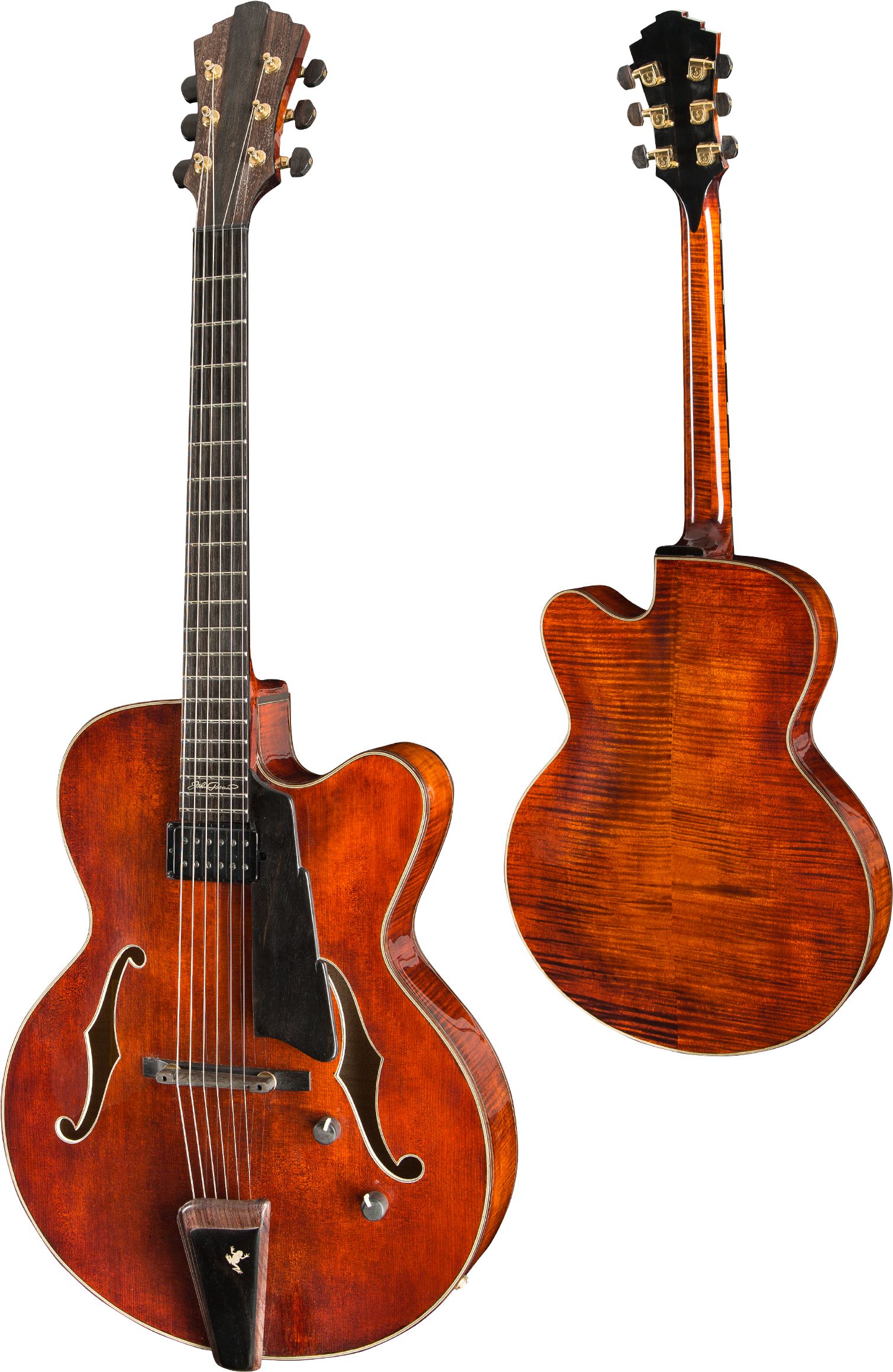 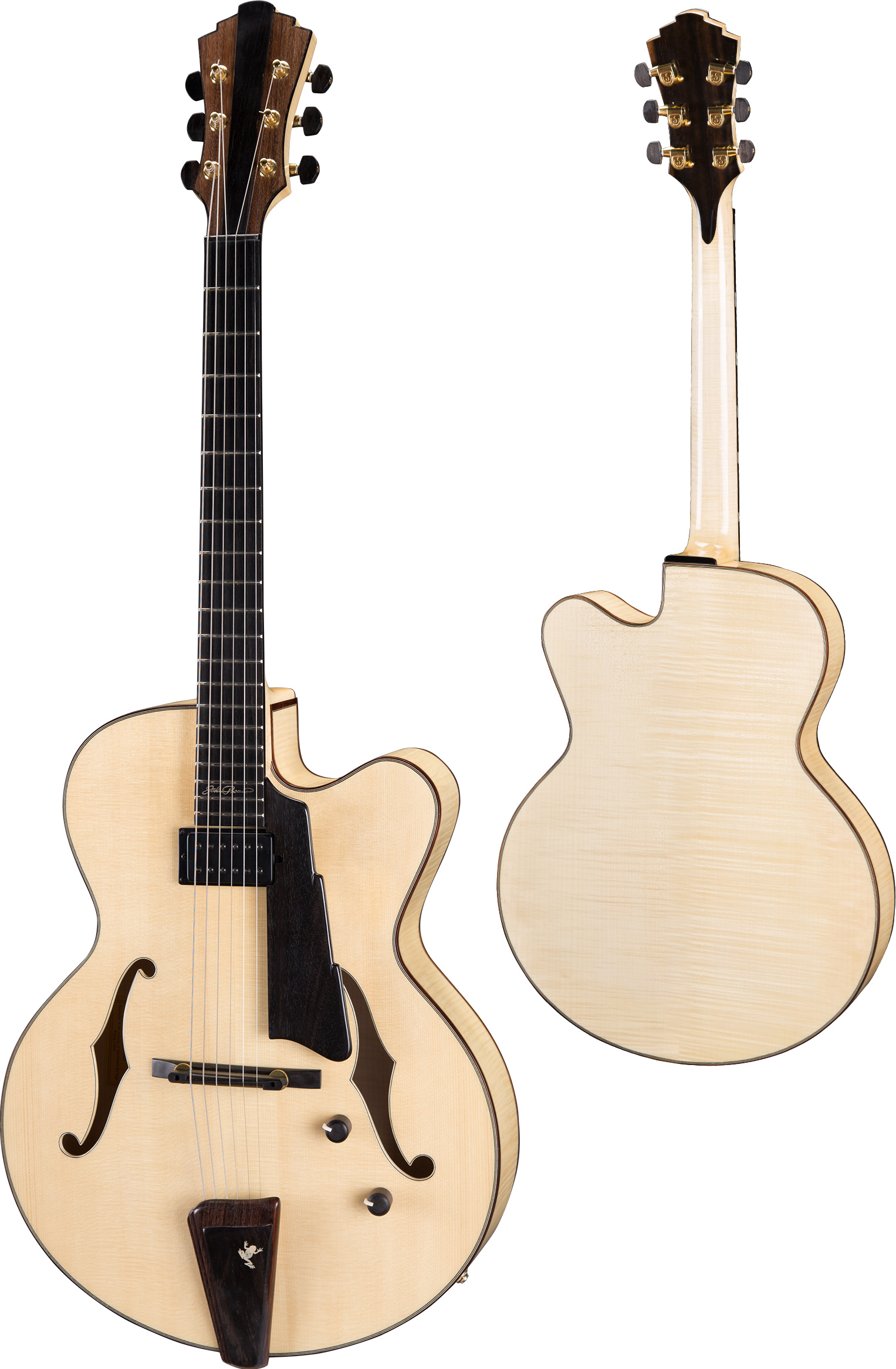 Be sure to read our FAQ's to learn the most about Eastman guitars and mandolins. Or provide your information and question about AR880CE below and we'll be in touch shortly.