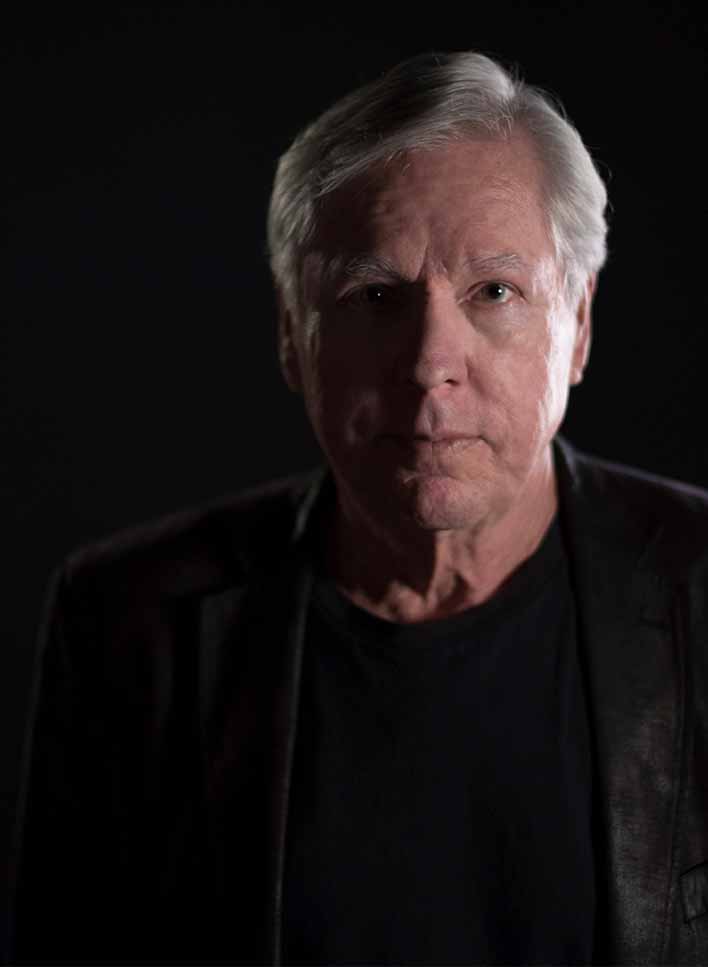 James Williamson (born October 29, 1949 in Castroville, Texas) is best known for co-writing with Iggy Pop, and playing all the guitars on 1973’s seminal Raw Power album by Iggy & the Stooges. The album’s lead track, “Search and Destroy,” has become a rite of passage for any self-respecting rocker and has been covered by Pearl Jam with Mudhoney, Def Leppard, Red Hot Chili Peppers, Sid Vicious, The Dead Boys, and countless others. Commenting on Raw Power’s ferocity, Williamson has said “I was a very emotional guitar player, so I always played that way. That’s how we felt, so that was what it sounded like.”

Dropped by CBS Records, Iggy & the Stooges disbanded in February, 1974, although Williamson continued to work with Pop, off and on, throughout the 1970s. This period yielded the demo collection Kill City (1977), the infamous live album Metallic K.O. (1977), and produced a pair of Pop solo albums, New Values (1979) and Soldier (1980, pre-production). After a long break during which Williamson lived in Silicon Valley and worked as a technological developer, he reunited with Pop, in a version of the Raw Power lineup of Iggy & the Stooges, in 2009.

In 2010, alongside the other early members of The Stooges, Williamson was inducted into the Rock and Roll Hall of Fame.

Following several tours which played on multiple continents, Iggy & the Stooges released a final studio album, Ready to Die (2013), produced and co-written by Williamson. Although The Stooges played their final live dates in September 2013, it wasn’t until June of 2016 that Williamson released an official statement on behalf of the band saying that The Stooges were no more.

In 2014, Williamson released his debut solo album, Re-Licked, on his own Leopard Lady imprint. The album featured 14 tracks originally co-written by Pop and Williamson, performed and demoed between 1973 and 1975 during Williamson's initial tenure with Iggy & the Stooges. Re-Licked included a “who’s who” of underground rock vocalists guesting on individual tracks, including Alison Mossheart (The Kills), Ariel Pink, Bobby Gillespie (Primal Scream), Jello Biafra, and Mark Lanegan, among others. Williamson, alongside featured players from the album, performed live to promote the project on the popular late-night program Last Call with Carson Daly.

Since then, Williamson has written and performed on a variety of one-off singles with different artists, including Lisa Kekaula, MAIA, and his new bandmate in The Pink Hearts, Petra Haden. In the spring of 2017, he collaborated with fellow Detroit rock legend Deniz Tek on the EP, Acoustic K.O., comprised of songs from Iggy & the Stooges 1970s’ catalog.

Johnny Marr (ex-Smiths) has been one of Williamson’s most out-spoken advocates: “I’m his biggest fan. He has the technical ability of Jimmy Page without being as studious, and the swagger of Keith Richards without being as sloppy. He’s both demonic and intellectual, almost how you would imagine Darth Vader would sound if he was in a band. I’ve often been asked who my favorite guitar player is, and I always answer ‘James Williamson.’ I like different guitar players for different reasons, obviously, but when push comes to shove, James has it all in my book.” 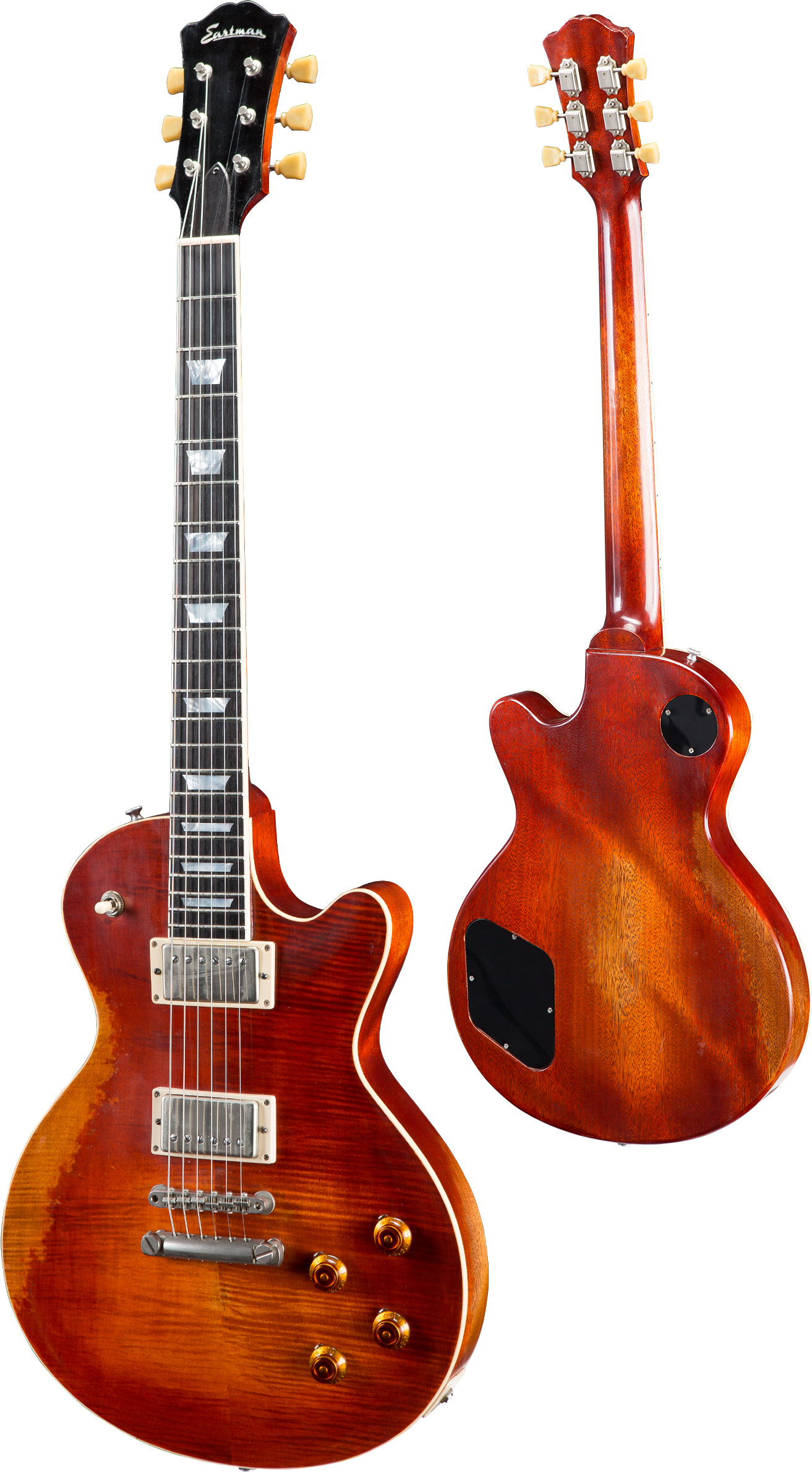 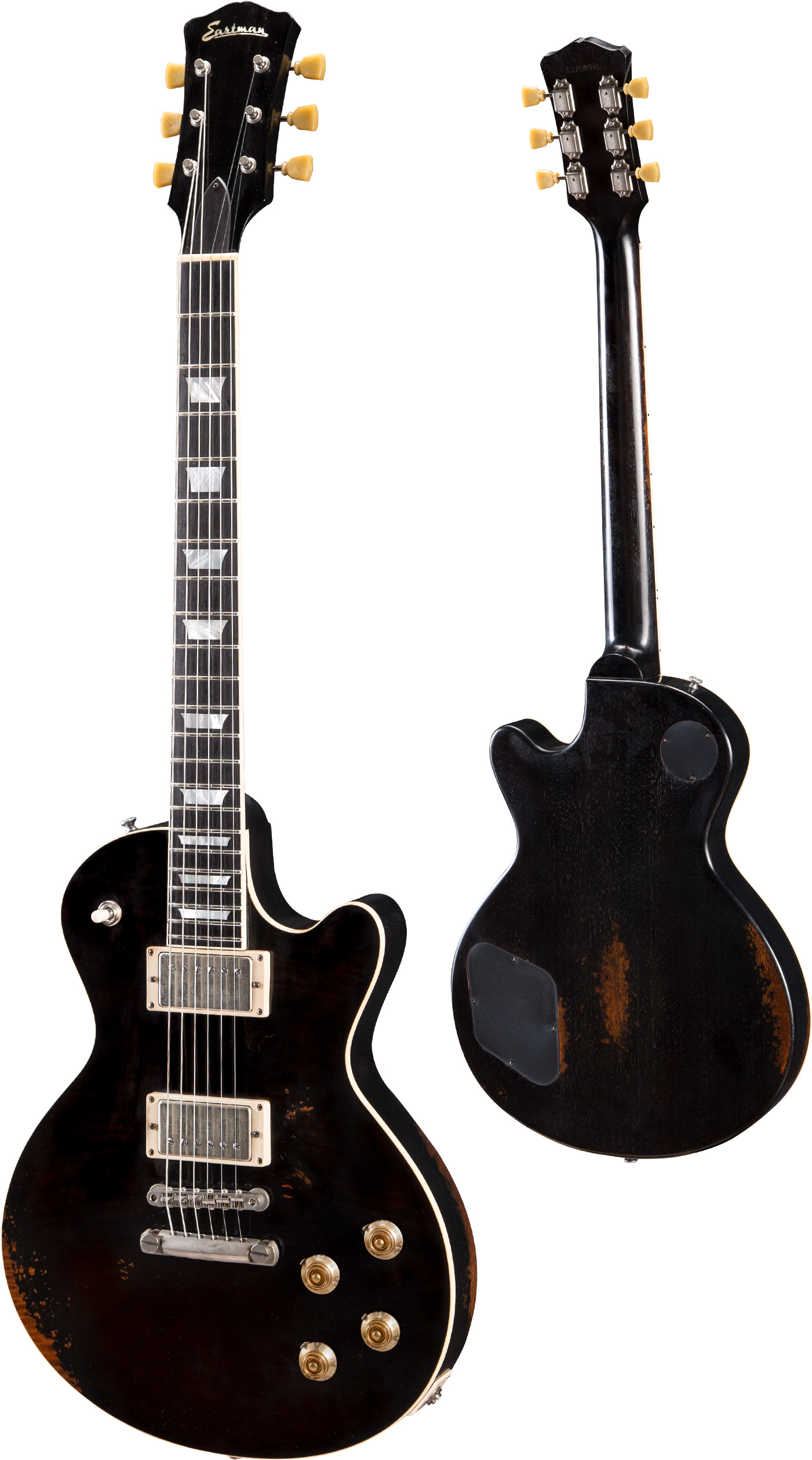 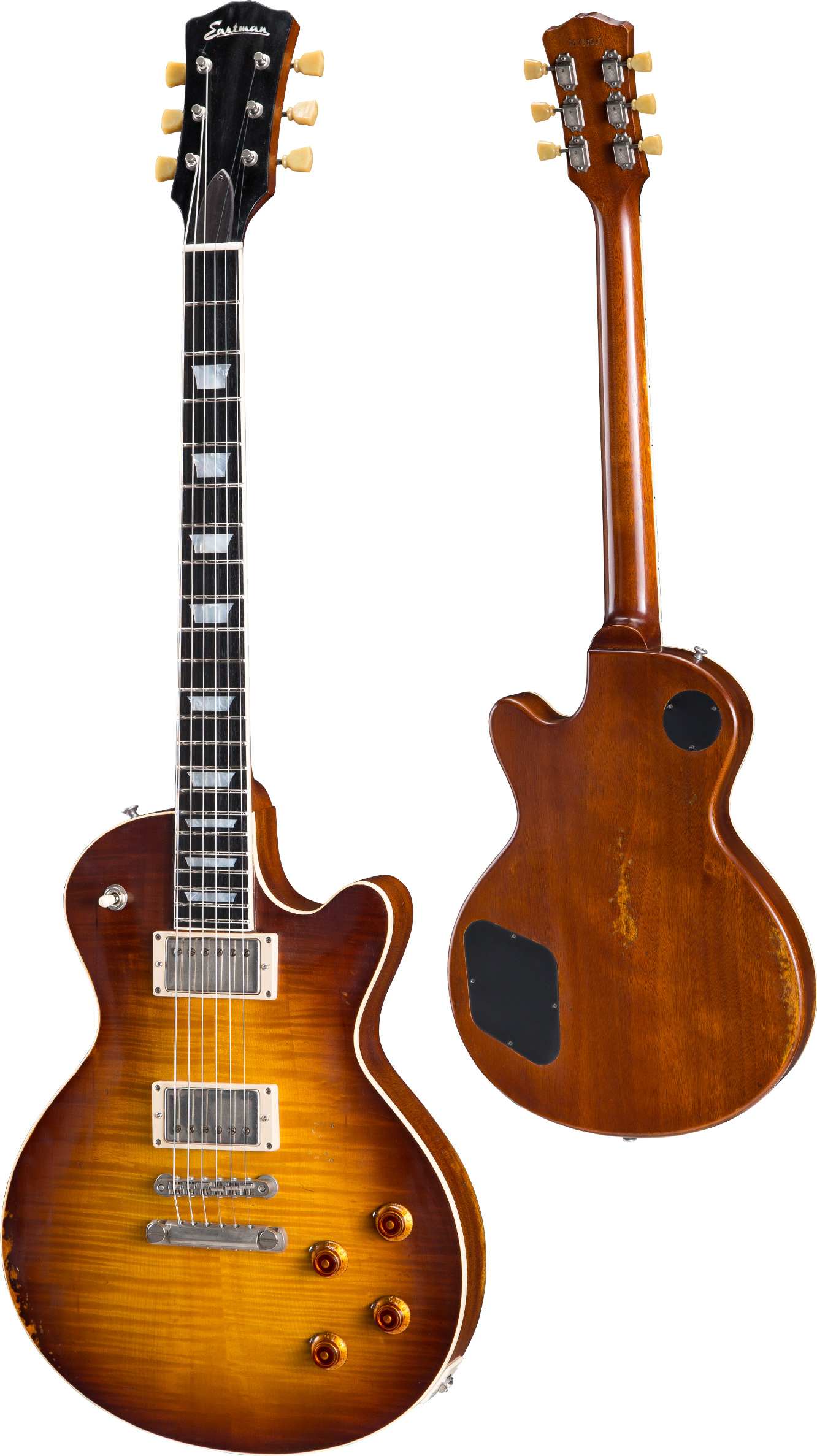 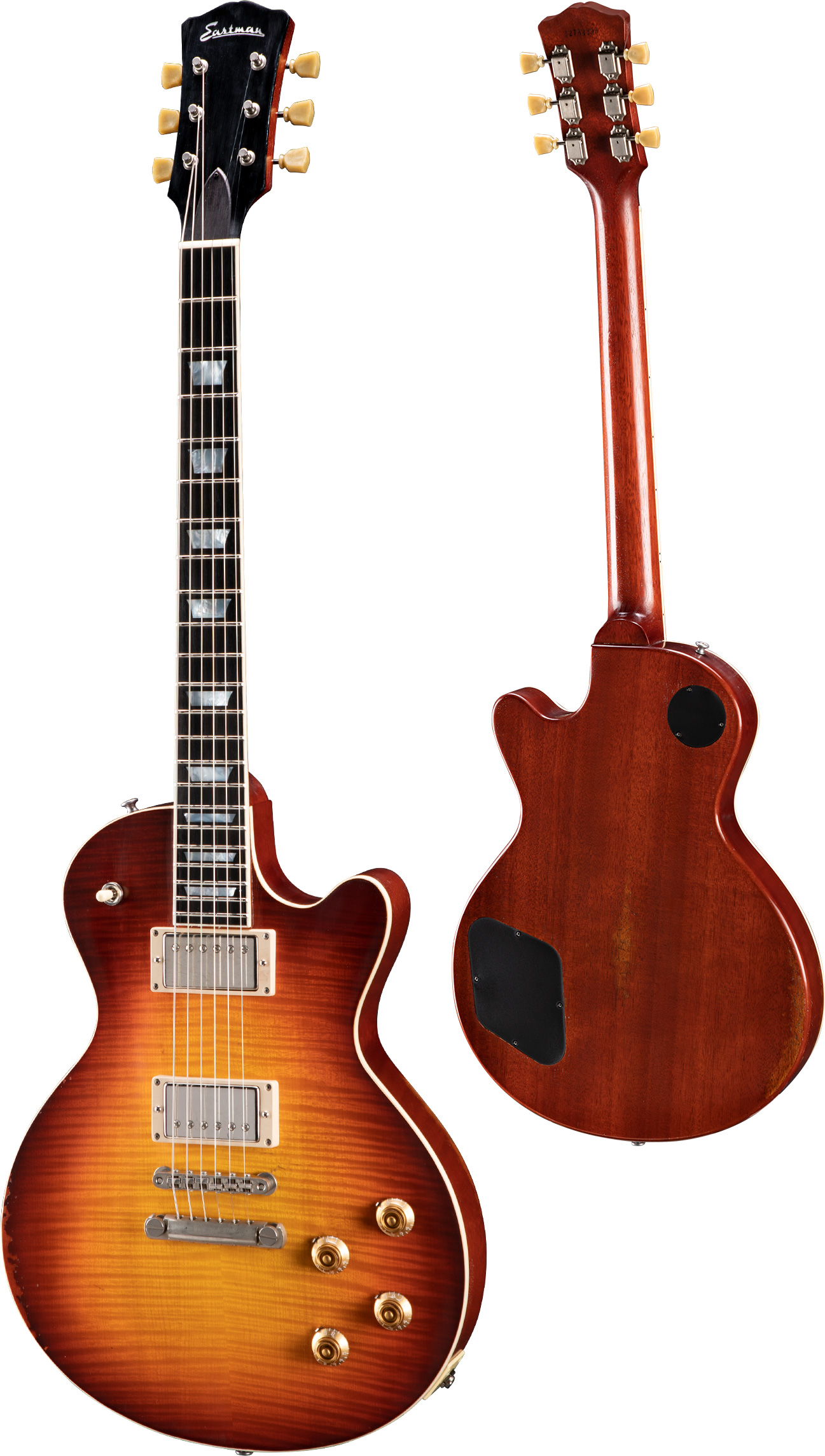 Be sure to read our FAQ's to learn the most about Eastman guitars and mandolins. Or provide your information and question about SB59/v below and we'll be in touch shortly.