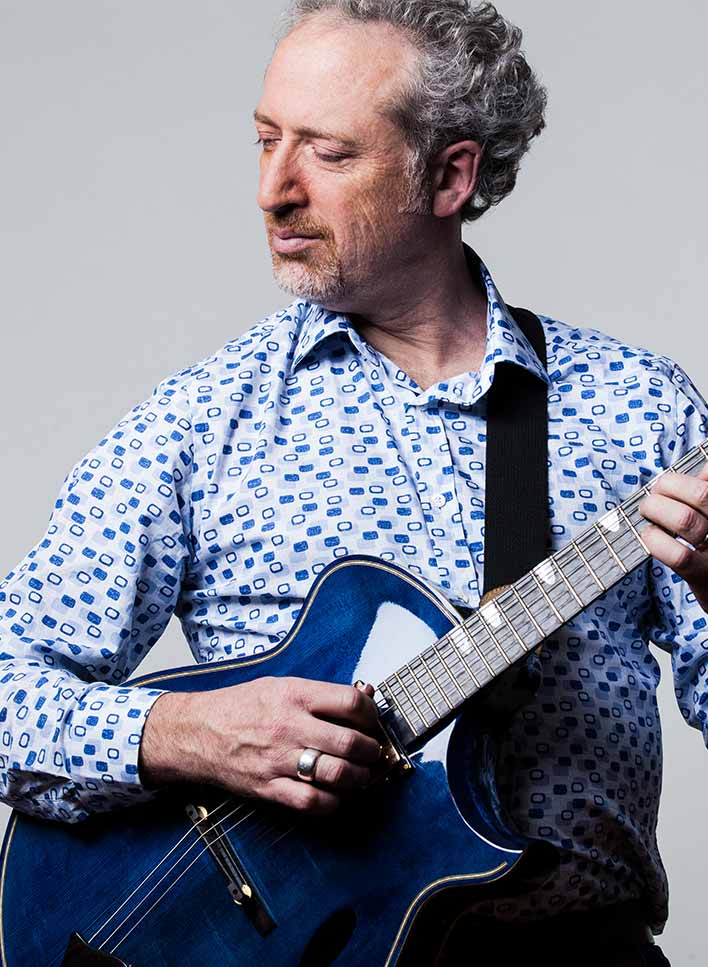 Emanuel Schmidt is a Swiss guitarist, composer and educator based in Zürich, Switzerland. Emanuel has been leading his own groups and performing as a sideman in Sydney (1995-2010), Las Vegas (2010-2014) and Germany and Switzerland (since 2014). He composes for and presents stylistically diverse projects that always owe something to the great jazz tradition. His most recent extensive composition is a non-tonal Suite for Solo Guitar.

As a bandleader, he has led projects ranging from an organ trio (most recently with Jean-Yves Jung / organ and Jean-Marc Robin / drums) to a duo with renowned Las Vegas harpist Kimberley Delibero-Glennie (FIFTY-THREE) as well as the CONTOUR project (with Jeff Davis and Alex Clements). Since returning to Switzerland, Emanuel has been busy composing for his next studio album and performing with the TRIGGER CONCERT BIG BAND, including a project with internationally renowned saxophonist Perico Sambeat.

Emanuel's bands and projects Down Under have featured many of Australia's finest jazz artists, including Miroslav Bukovsky, Andrew Dickeson, Sandy Evans, Tim Firth, Toby Hall, Mark Harris, Gerard Masters, Craig Scott, Alister Spence, and Ashley Turner. One of his groups, Jabbôq Jazz, won the 2006 and 2008 Australian Achiever Award in the Entertainment category. Emanuel's quartet was featured in the 2000 EIGHT O'CLOCK SHARP: Jazz In The Round series showcasing Sydney jazz guitarists and their bands. From 2008 until 2009, Emanuel was Jazz Artist in Residence at Sydney venue 72 Erskine, where most of his concerts sold out.

In Las Vegas, Emanuel's projects featured Cocho Arbe (ex-Alex Acuña), Alex Clements, Jeff Davis, Wayne DeSilva, Steve Flora, Jess Gopen, and Skip Martin, and he performed alongside George Garzone and Tom Hall, among others. Emanuel was the guitarist for the Las Vegas Mystery Band/the Las Vegas Collective, the Las Vegas World Jazz Orchestra, and the Buddy Charles Jazz Orchestra. In September 2012, Emanuel debuted his own group to a packed house at the E-String in Las Vegas, and he also sold out the debut performance for his original music project, the FARERO Quartet with Otto Ehling, Jeff Davis and Mike Mechem.

Emanuel's performances and interviews have aired on Eastside Radio, 2NSBFM, 2MBS-FM, 2SER, SBS Radio (Australia) and KUNV (Las Vegas). He is currently a member of Jazzforschung (The International Society for Jazz Research, based in Graz, Austria), served on the boards of both Vegas Jazz and the American Jazz Initiative and is an experienced educator and writer. He holds a PhD in Music (Sydney Conservatorium of Music / University of Sydney) and a Masters in Music Education from UNLV. He has lectured in Harmony, Composition, and Advanced Ear Training at the Wesley Institute and at UNLV. He has designed curriculum for jazz guitar and high school jazz band and teaches guitar and composition privately as well as in music schools.

"an outstanding and versatile guitarist of exceptional ability… extraordinarily thoughtful."
"…an accomplished and imaginative composer." (Ian Shanahan / The Australian Music Centre)
"…clearly an excellent guitarist… thoughtful and lyrically impassioned, and with a beautiful sound." (John Clare, Sydney Morning Herald)
"Just the way great jazz should be made, from the soul, expressing the feelings of the moment…" (Phil James, Eastside Radio) 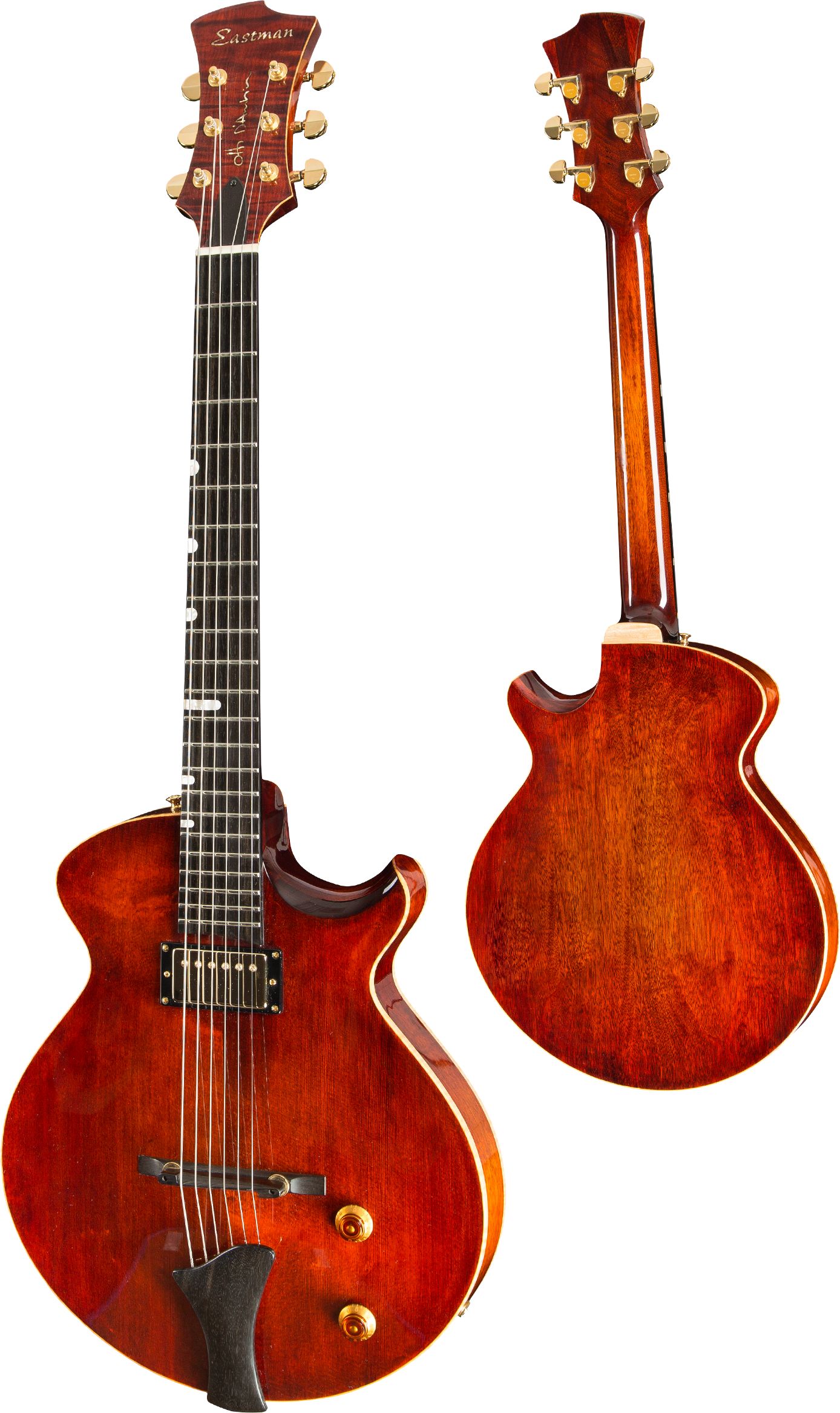 Have a question or want to know more about the ER1? Please provide your information below and we’ll be in touch shortly. 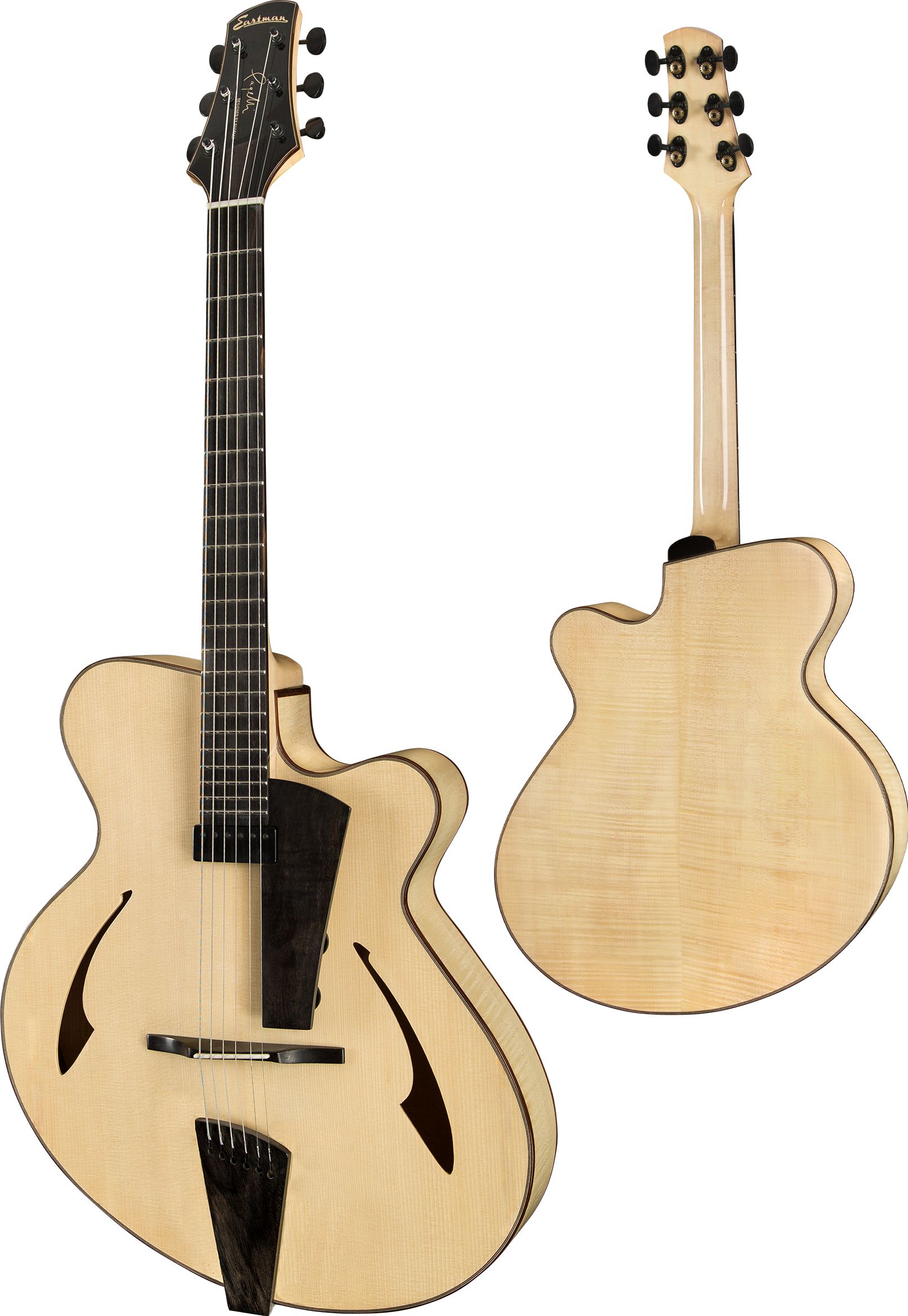 Have a question or want to know more about the PG2? Please provide your information below and we’ll be in touch shortly.